US Dollar Demise – Is the Perfect Storm Brewing? 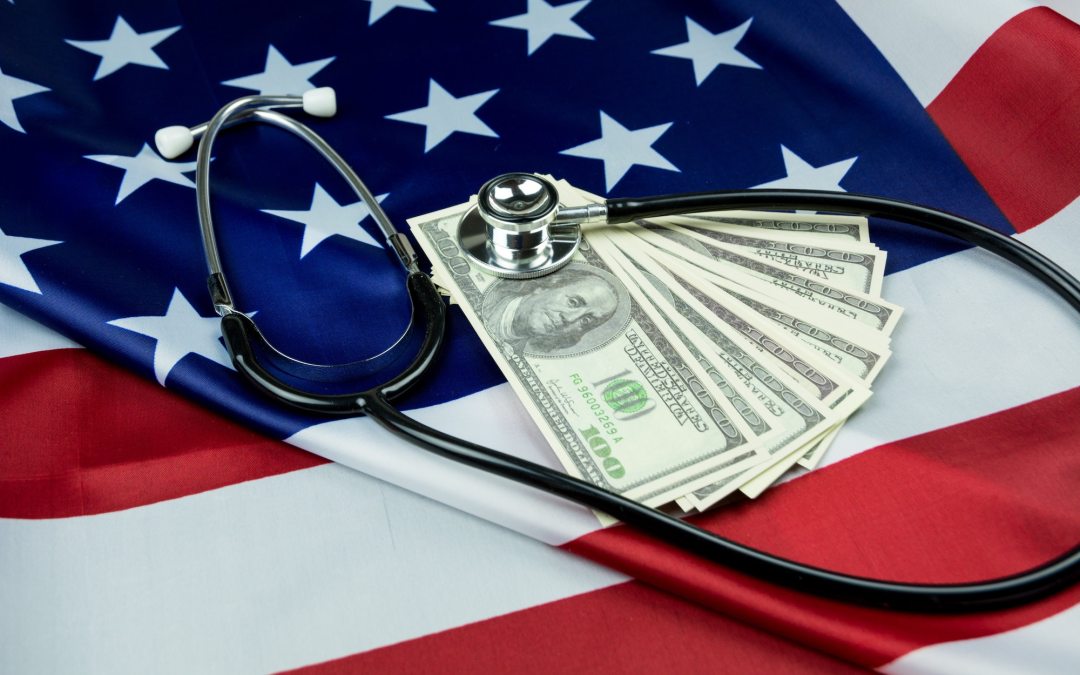 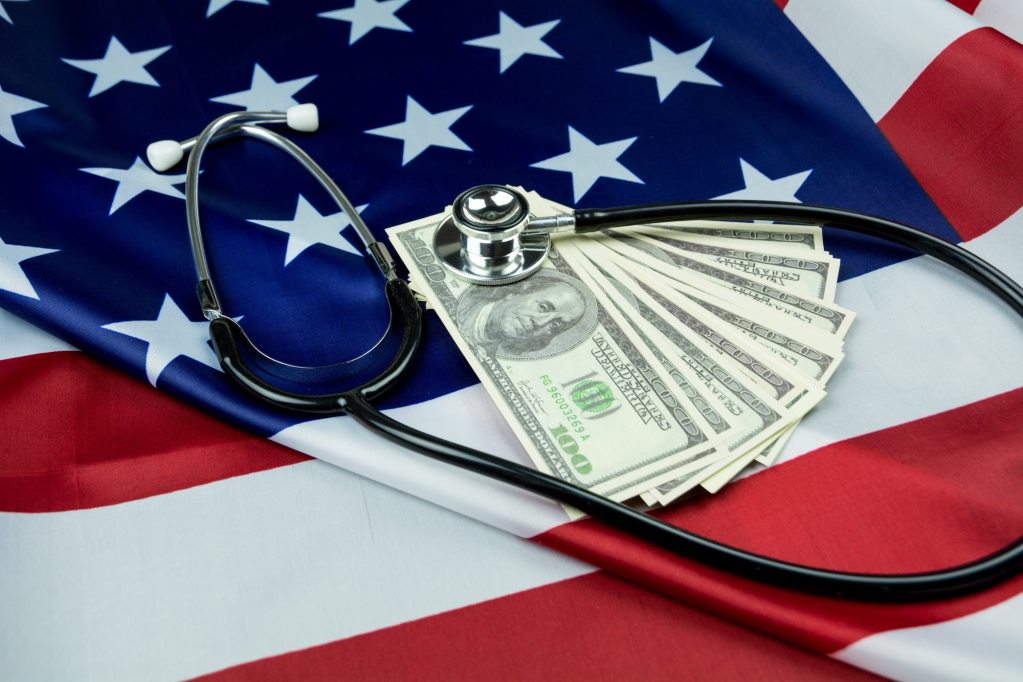 Predicting the financial future of the world is impossible but paying attention to certain historical trends which are repeating themselves right now can indicate where the future is heading. And then throw in the likes of digital currencies such as Bitcoin, that have no allegiance to any sovereign nation, and you get the feeling that all currency hell is about to break loose. Paying attention to the following indicators can help you start to make moves to protect your portfolio.

The US trade deficit measures the net balance of imports vs. exports with a particular country. The following chart shows the extreme imbalance the US currently trades with China, which makes us vulnerable to trade wars and supply chain disruptions. On top of this, we are exporting our US dollar for goods that are imported. Should China decide to no longer to accept the US dollar as payment for goods, we could find ourselves in an unwinnable trade war. 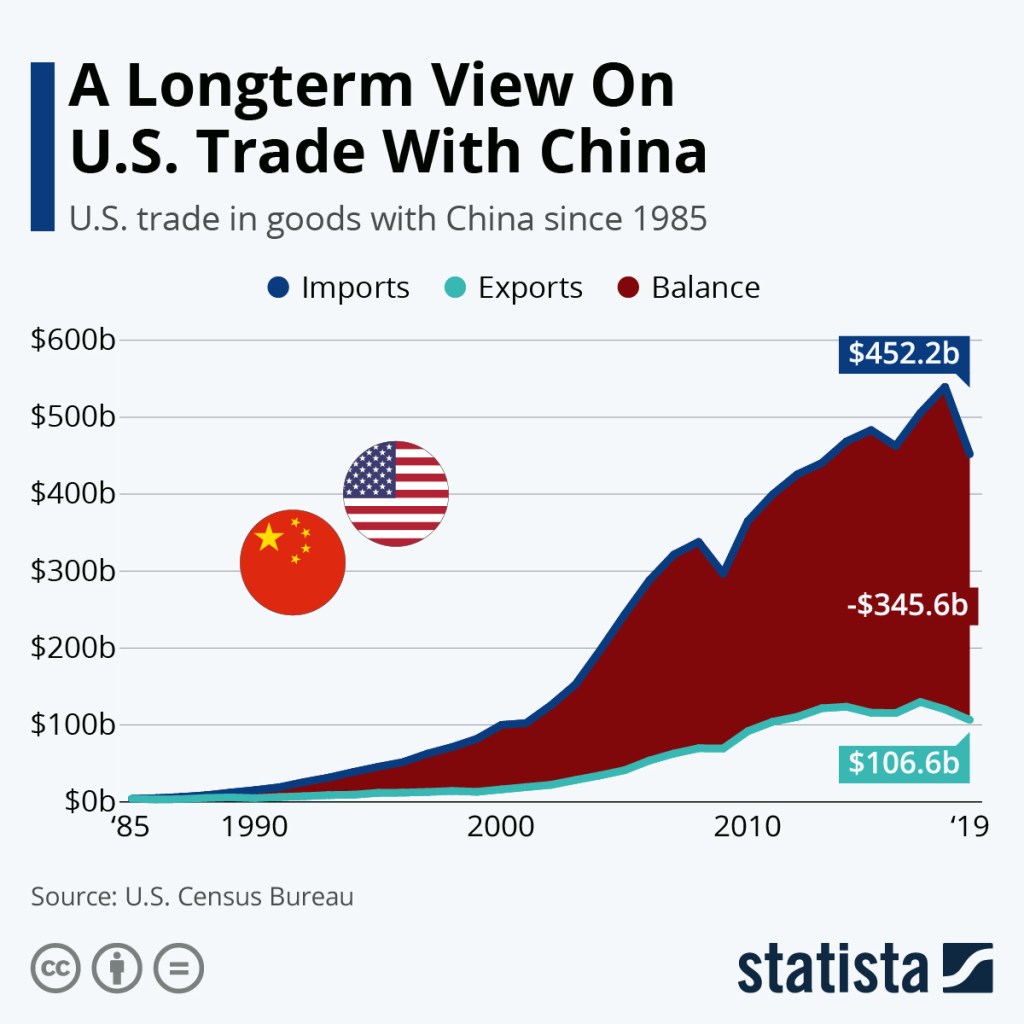 As US fiscal and monetary policy of massive dollar printing continues with the Biden administration, the inequities between the rich and the poor have accelerated. This social instability is seen as a weakness by our global adversaries. In fact, according to CurrencyTrading.net, there are seven nations planning a dollar coup against the United States which should raise alarm bells for our citizens: China, Saudi Arabia, South Korea, Venezuela, Sudan, Iran and Russia. Should China alone call in its approximately $1 trillion in US debt, the demand for the dollar could plummet, disrupting markets worse than the 2008 financial crisis.

According to author and hedge fund manager Ray Dalio, in his book, The Changing World Order, the last three major powers who held global reserve currency status were the Dutch Empire in the 1600’s, the British Empire in the 1800’s and now the United States Empire which has held reserve currency status since the 1930’s. Many are predicting that the Chinese Yuan is the next currency to be held as a global medium of exchange. However, it may not be a sovereign nations’ currency which holds that next top spot. It may be cryptocurrencies because of their decentralized nature, transportability across national borders, and the fact that they are impervious to government corruption.

There are some strong warning signs that the 200-year run as the preferred global medium of exchange for the US dollar may be coming to an end. I would strongly encourage you to watch this video, from Ray Dalio to understand historical trends and how it relates to the rise and fall of global powers. History has a way of repeating and recognizing the patterns in modern day life could be the best way to predict your financial future. However, this historical shift may have a crypto twist!